After a certain temperature is reached inside a flue system, the gases that are the byproducts of combustion can actually ignite and cause a fire in the chimney. There are certain factors that can make a chimney fire more violent or more likely to occur, including creosote buildup or burning unseasoned or wet wood. Creosote that builds up in the flue system is fuel for a chimney fire which may occur due to a temperature increase. Burning unseasoned wood or even wet wood increases the likelihood of creosote build up because this wet wood produces more water vapor as a byproduct which makes for cooler gas that is more prone to condense on the walls of the flue.

One of the scariest parts of a chimney fire is that the flames do not need to touch other parts of the home in order for the fire to spread from the chimney’s flue to the roof. The heat inside the flue can get so intense that the structures on the outside of the chimney flue reach a certain temperature and ignite. As long as there is a steady air supply, there is the possibility of the fire spreading.

Creosote comes in many shapes and forms, but all of it is dangerous when it comes to a chimney. Whether the creosote is glazed on or loose and sooty, any deposits of creosote are merely fuel for a chimney fire which can quickly get out of control and damage more parts to the home than the chimney alone. While some chimney fires sound like a freight train or produce a loud, rumbling noise,

some burn very slowly in the flue system and may be undetected by the homeowner. Although these fires are less violent initially they are no less dangerous than a loud, screaming chimney fire. Remember, it is very easy for the fire to move from being contained in the flue system to catching the roof, surrounding drywall, etc. on fire, so at the first sign of a chimney fire evacuate the family and call the fire department.

The best way to prevent a chimney fire from occurring in the first place is to have it cleaned regularly. If the fireplace is cleaned after every cord of wood, or at least every year for very heavy burners, then there will only be so much creosote built up in the flue to fuel a fire. When a fire runs out of fuel it starts to burn more slowly, consuming less oxygen and basically dying down. Have a chimney professional evaluate your flue system using video equipment to check for the telltale signs of a chimney fire, which includes heavy creosote glazing and vertical cracks in the flue tiles, or in cases of stainless steel liners, the warping of the liner and buckling at the seams. 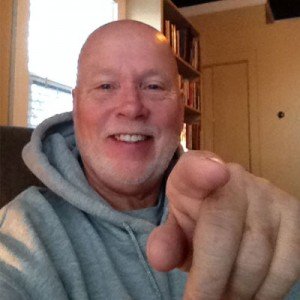 Owner at American Chimney
Clay Lamb is a Cincinnati Chimney Sweep contractor and the executive producer of the YouTube channel, podcast, and blog Ask the Chimney Sweep. He is also an award-winning educator and public speaker in the chimney and fireplace industry.

We are a participant in the Amazon Services LLC Associates Program, an affiliate advertising program designed to provide a means for us to earn fees by linking to Amazon.com and affiliated sites.

This site uses Akismet to reduce spam. Learn how your comment data is processed.

Hello my name is Clay Lamb. I have owned and operated American Chimney since 1981. I first want to thank you for visiting our site. I trust we will provide you with enough information to solve your chimney and fireplace needs.

Success! Now check your email to confirm your subscription.

Would you like Clay to Speak at your next Education or Training Event?